For most buyers it takes just a few minutes to decide whether or not they like a property, which proves once again how important it is to make a good first impression.

Adrian Goslett, Regional Director and CEO of RE/MAX of Southern Africa, says that often buyers will see multiple properties before deciding on the one they intend to purchase, which is why it is important to make that first impression a good one.

“There are certain aspects that sellers can control to ensure that their property is in the best possible condition before it is placed on the market. However, there are also other factors that are largely out of the homeowner’s control which will also play an essential role in the home’s marketability and the allure it holds for buyers,” says Goslett.

Goslett lists these elements as:

Location is a fundamental consideration when buying property and is the most influential external factor that influences a home’s potential resale value.

“A property can be renovated or changed, in fact an owner can even go to the extreme lengths of rebuilding the home entirely – however a property’s location cannot change,” says Goslett. “A home’s location and its surroundings will impact on how sought-after it is, as well as its perceived market value.  Factors such as its proximity to entertainment and shopping facilities, recreation areas, good schools and other amenities will all bear weight on how the property is viewed and valued by potential buyers.”

He adds that just as a property’s proximity to sought-after amenities will positively influence the value of the home, on the opposite end of the scale, proximity to aspects such as industrial areas, noisy freeways, railway lines, airports or anything else that could be seen by a buyer as a potential annoyance or eyesore, will have a negative impact.

Future plans and condition of the area

Apart from where the property is situated, another influential aspect when it comes to a property’s potential is the future development plans for the neighbourhood as well as the condition on the neighbourhood.

“This aspect is completely out of the homeowner’s control, but will largely impact on the value of the home. Future development planned in and around the area can have a positive or negative impact on home values, depending on what the development is. For example, the Gautrain stations in Sandton, Rosebank and Pretoria have pushed property prices up in surrounding areas. However industrial type development in some suburbs has negatively influenced the value of homes in the immediate areas,” says Goslett.

The condition of a neighbourhood and its general upkeep will also have an impact on the property values. Poor maintenance will result in the area looking rundown, which will negatively affect how potential buyers view homes in that area.

“It is often in the best interest of the homeowners to form or join a homeowner’s association to ensure that the community they live in is properly taken care of,” says Goslett. “This might mean that they will need to pay an additional monthly fee or levy – however the benefits will far outweigh any cost to the homeowner when they decide to sell. Even if they don’t sell their property, they will benefit from living in a neighbourhood that is well kept and maintained.”

General home maintenance is essential for homeowners, as is keeping the home current and updated.

“However,” says Goslett, “buyers need to make sure that any renovation project that has been done to the home is up to standard and has been professionally executed. More often than not renovations will increase the perceived value of a property, but shoddy workmanship or DIY renovations will have the opposite impact and could hurt the home’s value.”

He notes that another aspect to consider is whether the renovation will add to the value of the property or whether it is merely for the homeowner’s own personal taste and use. For example, a homeowner might have converted their en-suite bathroom into a home office because they work from home. While this may suit them and their lifestyle, there is a good chance that buyers would prefer to have an en-suite bathroom over office space.

While most suburban properties have garages or parking bays, many inner-city homes do not have allocated parking due to limited space. Goslett says that a parking space in a heavily populated region such as Cape Town’s city centre can add as much as R100,000 to the price of the property.

“Considering the factors that impact on property pricing from the start, will help buyers to make the right decision when it comes to choosing a property that will see good appreciation in value over time,” Goslett concludes.

6 Negotiating Tips In A Multiple-Offer Market 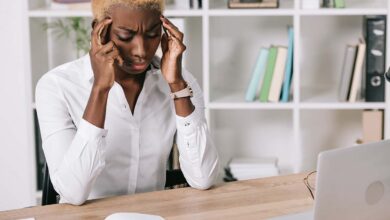 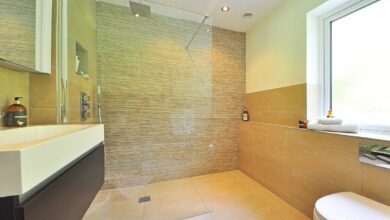 Is Your Bathroom Open House Ready?