Public auctions are often favoured as a popular means of achieving optimal selling price for goods or services. It is important that potential sellers and purchasers understand that certain terms and conditions attach to public auctions by virtue of the provisions of the Consumer Protection Act (CPA).

In particular, it is important to have regard to the legal effect of the ‘fall of the hammer’ at a public auction, particularly in circumstances where a bid is received after the fall of the hammer that exceeded a bid immediately prior to it.

All public auctions are required to comply with the provisions of the CPA.

In Persadh v Wyles NO and Others [2012] ZAKZDHC 46 (10 August 2014), an immovable property was intended to be sold by way of a public auction pursuant to a court order. In terms of the court order, the auctioneer was directed to conduct the auction of the property in accordance with the usual practice of such auctioneer in conducting such auctions as set out in the auctioneer’s standard terms and conditions applicable at the date of the sale, including the placement of suitable advertisements and in compliance with the CPA.

The principal issue that arose for determination by the High Court was the proper interpretation of the phrase “conduct a proper auction … in accordance with the usual practice of the … auctioneer in conducting such actions, set out in the standard terms and conditions“. The background facts to the case were of central importance to the court’s interpretation of the phrase.

At the auction, the property was sold for an amount of R14,5 million, higher than the reserve price which had been set. After the auction, a further higher offer of R15 million was made, but this offer was rejected on the basis that it was made after the auction and therefore not in accordance with the amended terms and conditions applicable to the auction.

The court held that a proper auction is one conducted in terms of the usual practice of an auctioneer set out in the standard terms and conditions prevailing at the time of the auction. In this regard the court confirmed that the terms and conditions applicable were those which applied at the time that the auction was conducted and which complied with the CPA – in particular that the auction was concluded at the fall of the hammer. The purpose was to achieve a fair sale price by public auction, with a reserve price of R14 million. This objective was indeed achieved. Furthermore, the auction complied with the provisions in the CPA relating to auctions, including those relating to advertisement.

Sellers and bidders at public auctions must ensure that they are familiar with the conditions of sale that attach to public auctions and, importantly, need to be aware of the fact that the CPA expressly provides that an auction is completed on the fall of the hammer – meaning that bids that are made after this time are to be disregarded.

This article “Beware of the Fall of the Hammer” was issued by Cliffe Dekker Hofmeyr – http://www.cliffedekkerhofmeyr.com/en/index.html

Buyer Advice: What To Do If Negotiations Stall 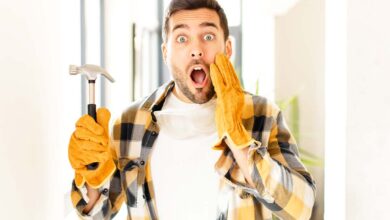