How to decorate hallways and passages.

There are many homes out there that suffer from hallways and passages that are long, thin, narrow, short or square. They are the least thought of design element and all too often seem to be a problem area when it comes to decorating.

“Hallways are the core of the home, and provide a link to all the other rooms and yet they’re rarely considered rooms in their own right”

Like the entrance to your home, use hallways and passages to make a statement about your style and set the scene for the rest of the home by choosing decor with impact.

Author Jane Burdon, whose book Room Rescues focuses on decorating solutions for awkward spaces, says: “Hallways are the core of the home, and provide a link to all the other rooms and yet they’re rarely considered rooms in their own right.

This is a place where you can stamp your personality and afford to be bold and imaginative precisely because they’re not areas for sitting and relaxing, but places where you want to make an effect and set the scene for the rest of your home.” 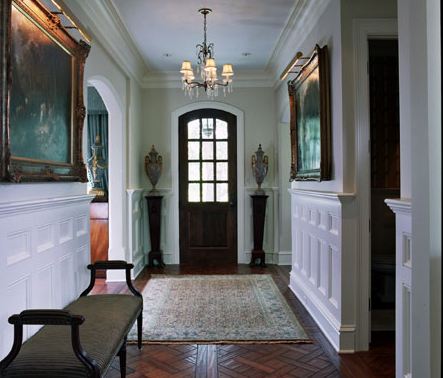 She believes time and effort spent on hallways and passages brings rewards. “Working around a problem room often results in a space that’s far more cohesive and full of impact than a room where there’s been no necessity to try too hard.”

So whatever the shape of your hall, follow Jane’s tips to making an entrance you’ll be proud of.

Painting skirting boards the same colour as floors subtly suggests a larger surface by blurring the edges of the room. Blur boundaries by continuing both wall colour and neutral flooring into neighbouring rooms.

Keep internal doors open or even remove them so you ‘borrow’ space and light from neighbouring rooms. 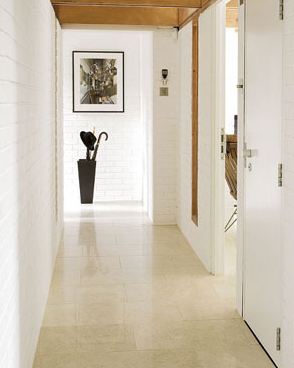 Distract attention by adding a dramatic colour or painting to one of the shorter walls. Choose a naturally advancing colour such as red or orange, which will square a room by making longer walls appear shorter. Avoid lining longer walls with coat rails, instead use a shorter wall or corner. On a short wall, paint both the door and surround the same colour as the wall, so ‘hiding’ the door. The same trick works for radiators. 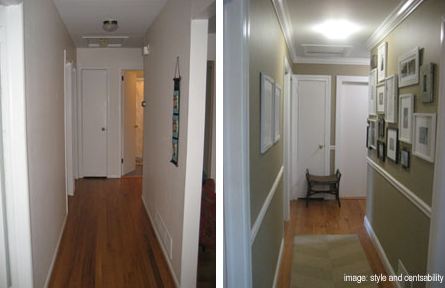 Use uplighters to direct soft light towards the ceiling making it appear further away.Accentuate the vertical with floor to ceiling paper on walls, and using a vertical stripe pattern. Replace an existing skirting board with one in a simple, shallow design or remove it altogether. Paint floorboards the same colour as walls. 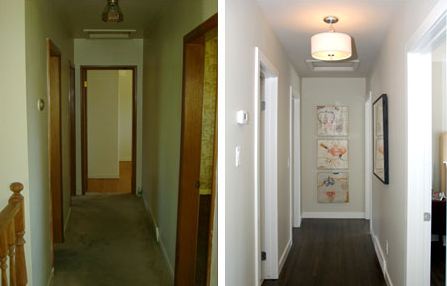 ABOVE: In a dark passage, paint trim to match the wall colour to brighten up.

Use shiny and reflective surfaces to bounce light around by using gloss paint and adding mirrors. Don’t use either advancing wall colours or receding shades that are pale. Opt for a middle ground that makes dark rooms warmer and less gloomy. Boost daylight levels with halogen bulbs. 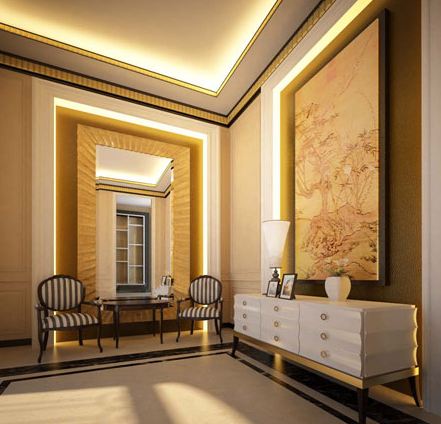 Bring lofty ceilings down a peg or two by painting the area above the picture rail a warm shade deeper than the walls. (If you don’t have a rail, install one). Use pendant lights and avoid uplighters. 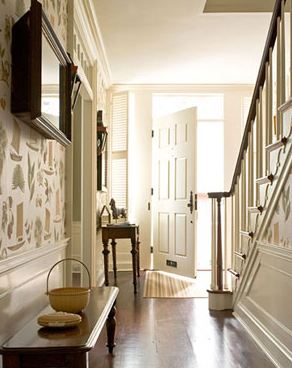 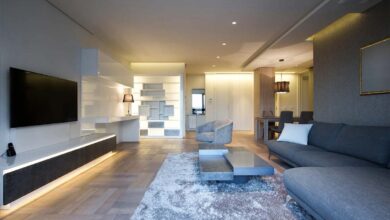 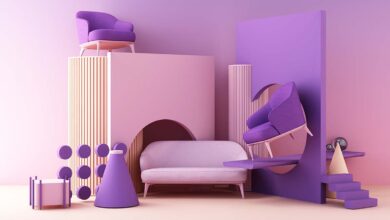 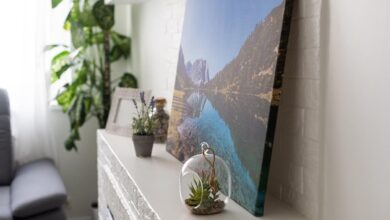 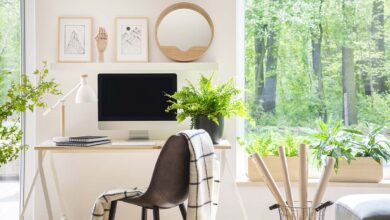