The Free State is South Africa’s breadbasket, the heart of the country, and a haven for lovers of the outdoors! When you choose to buy a property for sale in the Free State you are selecting a wonderful, enjoyable climate.

The fertile soil of the province produces over two-thirds of South Africa’s grain. The province has been referred to as the heart of the country. This is not only because it is central to the other provinces. It is also called the heart of South Africa because of the hospitality of the people. There is a warm friendly atmosphere in the lifestyle of the residents.

Being central to the other provinces means that it is a major link between the economic powerhouse of Gauteng and the coastal region of Cape Town. Thus, the province exercises its hospitable nature each year. It does so by hosting delegates for various national conferences that are held here.

Lovers of the outdoors will marvel at all this province has to offer. The beauty of the surrounds is astonishing, and at times humbling. Just ask residents in the areas around the mighty Drakensberg and Maluti mountains. In this region, in the north-western quadrant of the province, you will find the awe-inspiring Golden Gate National Park. Buying a property for sale in this area will give you access to the natural beauty of the province, and its lovely continental climate!

The province is rich in mineral wealth, putting it on the list of the top 5 producers of gold in the world. It also houses South Africa’s two gold refineries. There is also a fuel-from-coal process which operates at Sasolburg.

If you choose to buy a home for sale in Bloemfontein, you are choosing a home in the capital of the Free State and also the judicial capital of South Africa. Bloemfontein offers all the advantages of city living. It also has the added advantages of a more relaxed and less populous environment. Here you will find private hospitals and some of the top educational institutes in the country. Consider the high school (secondary school) of Grey College, as well as the University of the Free State. It is also the home of leading sporting teams. Bloemfontein Celtic is a soccer fan favourite. In rugby, there is the much-celebrated team of the Cheetahs.

Which are the most sought-after suburbs in Bloemfontein? Property in the suburb of Dan Pienaar is at the top of the list. Homeowners love the schools available, the low crime rate and the quality and convenience of the lifestyle here. Other top suburbs are Groenvlei, Waverley and Rayton, with their exclusive and upmarket offering. There is also much development in the up-and-coming area of Bayswater.

There are other great offerings of property to buy in the Free State as well. Consider the jewel of the Free State, the lovely small town of Clarens. This charming town is nestled in the mountains just beyond the Golden Gate National Park. It will make you fall in love with its great restaurants, antique shops and art galleries.

Other great choices for property in the Free State could include the small town of Gariepdam. Well-loved by both residents and tourists, Gariepdam has scenic views over the dam region’s islands and rolling hills. Then, there is Parys, also much-loved, and close to the Vredefort Dome, a UNESCO World Heritage Site. Situated on the banks of the Vaal River, Parys has a quaint and rustic appeal. But, it also attracts adrenaline junkies with rapid rafting, quad biking, abseiling and paintball war games.

Peaceful serenity in wide open spaces, or convenient city living at your own pace. With property in the Free State, the choice is yours! 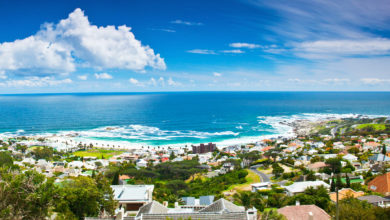 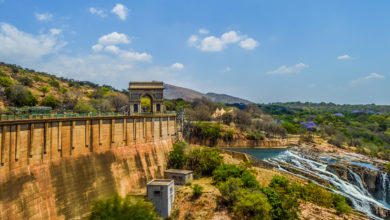