In 1894, Pierre de Coubertin proposed the Latin phrase Citius, Altius, Fortius, (Swifter, Higher, Stronger) to the Olympic Committee. It has served as its motto ever since. The Olympic Games brings together world-class athletes vying for medals, records are broken and new benchmarks established, as evidenced by the outstanding achievements of South Africa’s athletes. In a similar way mortgage bond financing has set new trends each year in the housing sector. Still, not all these trends have been swifter, higher or stronger.

Recent data released by Knowledge Factory reveals that the average age of homeloan applicants is getting younger year by year while the number of bonds registered is in a period of slow recovery. The research focussed on residential mortgage bonds valued between R100, 000 and R10 million over the past 6 years. The data brushstrokes paint a clear picture of the impact that recent macro-economic events have had on the South African real-estate sector.

Not all “faster”, not all “stronger”: Nominal house price growth in the recent past has set the tone and it came as no surprise that the average Rand value of mortgage bonds has increased correspondingly by 18.3% over the past 6 years. However, sobering details emerged from a look at the number bonds registered. These have gone from 222 426 in 2006/2007 to just 106 202 in 2011/2012 – a decline of 52.2%. This is compounded by an equally staggering decline of 42.8% in the total Rand value from R145, 9 billion to just R83, 4 billion in the past 12 months. Such enormous declines cannot simply be absorbed by a banking sector that relies on home-loan revenue to bolster their balance sheets. The situation is further compounded by 2 factors: 1) Bad debt – the inevitable result of a fragile economy and 2) the reduction of income due to the SARB’s monetary policy easing – rate cuts totally 700 basis points since mid-2008. The latter is evidenced by ABSA’s expected R190 million decline in revenue from the latest July cut of 50 basis points, alone. This goes a long to explain the innovative means financial institutions are endeavouring to be “swifter, higher and stronger.” They are pioneering new ways to attract new clients and diversify their revenue streams by adapting strategies to tap into the retail sector, particularly the unsecured lending and card market, to boost earnings.

The flip-side (the sunny side) of the statistics in Knowledge Factory’s research is that due to higher than usual wage increases along with moderating house price growth have helped lower the average age of bonded buyers significantly. While the average age during 2006/2007 was 44 years this has dropped to just 38 years in the period 2011/2012. Delving deeper into the house price bands supports the traditional notion that the higher the house price, the older the average age. In the past 12 months buyers in the sub-R1million segment were on average 38 years old, those in the R1-3million segment were 39 years old and those in the R3-10million category, 43 years old. 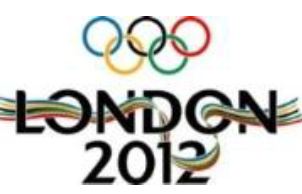 Women are “stronger”: Another positive factor is that more women aged 30 and younger are being granted mortgage loans than ever before, particularly in the sub R1million bracket. This is despite the ongoing earning disparity between them and their male counterparts. A survey conducted by WageIndicator at the end of 2011 showed that women aged below 30 are paid 15 % less, those between, 35 and 50 are paid 25% less, while those aged 50+ are paid 27% less than their male colleagues. This gradual increase in the pay discrepancy between men and women could explain why more men are granted mortgages in the older age bracket. Another reason may be that women are increasingly choosing to delay motherhood until their mid- to late thirties, re-entering the job market after they have raised their children.

The immediate future – less swift: Unfortunately, on a trend basis, SA’s economy continues to endure strain in 2012 despite inflation staying within its target band. Consumers have to cope with a range of cost increases that are systematically eroding their retail spending power. These include higher energy costs, transport costs, education fees, medical service costs and water costs. Since households cannot avoid these increases, as they relate to necessities or essential goods, consumers are compelled to either cut-back on non-essential purchases or take on additional debt (made easier by lower interest rates). Looking forward, the growth in public sector salaries and wages are likely to moderate in 2012 in comparison to the previous few years making meaningful growth in the number of home-loans unlikely in the near term.

What this bodes for the property sector is further moderating in the annual house price growth. While the recent rate cut might blow some mild heat on the embers, much more structural repair is needed in the broader economy before a sellers’ market will return. Until then buyers will remain cautious.

Are you ready for a new home? Part 2

Should you consider settling your bond early?

A Basic Guide to Home Refinancing

Pros and Cons of a Cash Offer

Common Bond Rejections and How to Improve Your Chances