Streets Of Our Lives, a photographic exhibition by Gregor Röhrig to be held at the Alliance Francaise Art Gallery, will be open to the public  until 26 May, 2012.

Curated by Gregor Röhrig and Bianca Pieper, and comprising a focused selection of approximately 20 works, the exhibition highlights day to day scenes of street life from across the globe, shot candidly in cities spanning New York, to the outskirts of Ho Chi Minh City, to the fishing towns of the Cape.

Röhrig explores images that relay a sense of social commentary and historic value. Street life in any city, at any given time, is fluid. There is so much more to the streets than just clues to the economic or political situation. There’s captivating imagery highlighting the social and cultural diversity of its people. The images exhibited provide a glimpse of how people live, work, sleep, play, and dialogue. The photographs individually tell a story and as a body of work present an overall intriguing fusion of scenarios and people.

Röhrig refers to his camera as an extension of his sight, where the view through his lens is his frame of observation, reference, and perception. His preferred format is Black and White which ties appropriately into traditional street photography. It accentuates the drama, tactile textures, bright lights, and deep shadows. Street Photography is all about an immediate reaction to a fleeting moment in time which Röhrig states, “creates the rush and the electric charge that I feel whilst taking the picture”.

The series of street photography chosen for this exhibition span across the continents and cover New York, Vietnam, and South Africa – and as a body of work, shown and mixed together, express and clearly illustrate the universality that our various cultures exist in.

Images vary greatly, ranging from photographs of the authoritative New York Police force, friendly family portraits in Vietnam, to a group of friends joyfully leaping into the waves in Muizenberg.

Drawing inspiration from his background in anthropology and photojournalism, Röhrig observes and points his lens to often quirky, sometimes serious, or incidental scenarios. 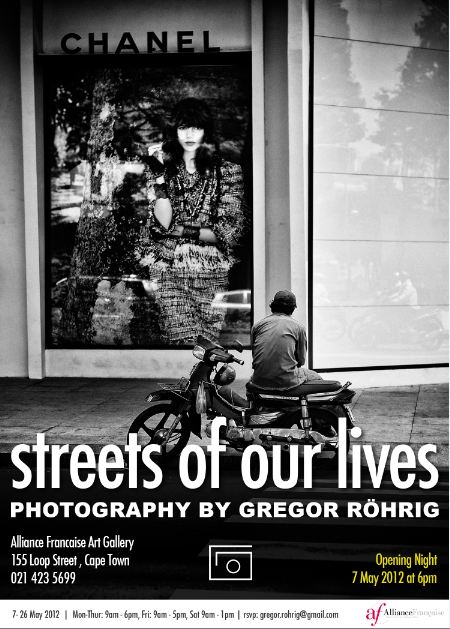 About The Artist (TBC)

Cape Town based photographer, Gregor Röhrig, is a South African with German heritage. The self-taught photographer, who has exhibited both locally and internationally, specializes in portrait and street photography.

Röhrig began his career in photography by working for photographic labs. Whilst learning and understanding the principles of photographic printing and camera equipment required, he acquired his photographic skills from a post processing point of view before even shooting. He studied the styles and concepts of legends such as Cartier-Bresson and Nachtwey, spending countless time in libraries and bookshops, and steadily began shooting frame after frame.

Röhrig’s studies in Anthropology and Journalism helped mould his photographic style and outlook on his subject matters – the combination of both principles allowed him to understand and adapt a style of approaching subject matters and working an image.

In 2005, Röhrig initiated a community photography project in Grahamstown, which subsequently was awarded his first solo exhibit at the South African National Arts Festival. Part of the exhibit was also showcased at the World Trade Centre in Rotterdam, Netherlands.

Since then he has worked and exhibited a variety of personal and commercial projects, and has of late started forming a niche in high profile personal documentary and portrait photography, whilst keeping his eye trained when roaming the streets across the world. Röhrig has shot for clients ranging from Tag Heuer and Macquarie Bank, and has over the past years begun documenting notable personalities. His most recent long-term commission is the documentation of Cape Town based artist Paul Du Toit, whom Röhrig has been documenting for over two years, creating a historic archive of the artists processes, art works, and personal life.

Röhrig’s private commissions, which are based on either high profile events or famous faces, go beyond mere documenting. His style is candid, rather than posed portraits, discreetly capturing his subjects, their reactions and interactions. Röhrig only uses natural and ambient light.

His people and street photography is spontaneous, edgy and irreverent. Working in both color and black & white, his photojournalistic style is distinctive.

5 Reasons to ‘grow your own’ 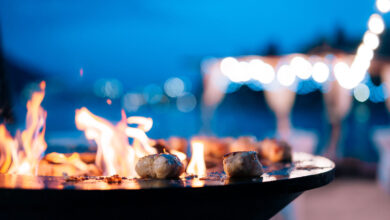 5 Ways to Enjoy Your Yard during the Holiday Season 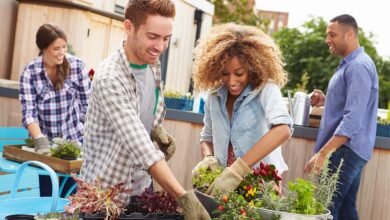 Ways to Make Your Rooftop Go from Drab to Fab 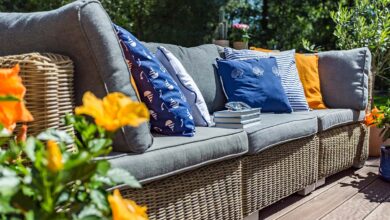 5 Easy Ways to Liven Up Your Patio for Spring 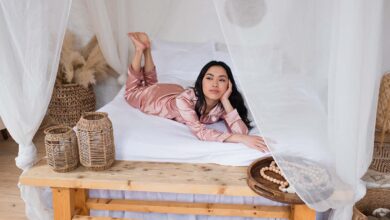