Figures show that the migration of residents from the other provinces to Cape Town is steadily increasing, but many buyers are facing a harsh reality-check as they come to realise just how much more expensive property is on average in the Western Cape and how much less house they’re likely to get for the sale price they achieve upcountry.

The reverse Great Trek – this time happening across the racial spectrum – has been steadily gaining momentum over the past four years, according to Lew Geffen, Chairman of Lew Geffen Sotheby’s International Realty, who estimates that more than 30% of his company’s sales in Gauteng are on behalf of home-owners relocating to the Western Cape.

Jill Lloyd, Area Specialist for Lew Geffen Sotheby’s International Realty in Claremont and Lynfrae in Cape Town, says a few years ago the growing interest from upcountry buyers was merely an emergent trend making up a fraction of the local market.

“However, it has now become a steady flow which shows no signs of abating, as more and more people are drawn by the relaxed outdoor lifestyle, reliable municipal service delivery and perceived safety of the Western Cape.”

Lloyd says despite the migration becoming commonplace, she finds a significant number of buyers from other provinces are still surprised by the difference in property prices in comparable suburbs.

“Some people have a hard time coming to terms with the realisation that they have sold their mansion in Johannesburg but will only be able to afford a smaller, more modest home for the same money in Cape Town.”

Geffen agrees: “Although many people are generally aware that property is more expensive in the Cape, the reality can be a nasty shock especially when looking at homes in the most sought-after Cape Town suburbs, which have been realising record prices well above national averages for comparable homes.”

“The latest FNB property barometer which includes the first quarter of 2016 has revealed that the Western Cape is once again the clear market leader, emerging streets ahead of the other provinces.”

“Most notable is that, in contradiction to market forecasts of single digit growth in house prices, the Western Cape defied current trends last month by reflecting an impressive year-on-year price growth of 12% measured over 10 years, which is almost twice the national average of R6.8%.”

FNB Property Economist John Loos believes the Western Cape’s relatively superior residential market performance is due in part to its greater land constraint compared to, for instance, land-locked Gauteng. The perception built of the Western Cape as having a good provincial and Cape Town metro government, could have been another positive factor impacting on the house price growth, in his view.

“The same goes for the province’s combination of a good lifestyle as cities go, along with a strong services-dominated economy that provides steadily improving business and employment opportunity,” said Loos.

The report cites IHS Globalinsight, which estimates over the 10-year period from 2005 to 2014, the Western Cape achieved the fastest growth of South Africa’s nine provinces, narrowly ahead of Gauteng and KZN, averaging 3.4% per year.

Steve Thomas, Franchise Manager for Lew Geffen Sotheby’s International Realty in False Bay and Noordhoek, says: “Upcountry buyers will further feel the pinch as the Cape’s strong price growth is in sharp contrast to the subdued markets in KwaZulu-Natal (5.6%) and Gauteng (3%).”

Recent Lightstone reports also confirmed the Cape’s clear status as market leader when its research determined that Cape Town is not only home to seven of South Africa’s 10 wealthiest suburbs, it also boasts seven of the county’s 10 most expensive streets.

Thomas adds: “Ironically, Cape Town’s market strength is being boosted by the burgeoning number of upcountry investors who now account for up to 20% to 30% of buyers in the most sought-after areas, increasing during the peak of the summer holiday season.”

Vivienne Gottlieb, Area Specialist for Lew Geffen Sotheby’s International Realty in Sea Point, Green Point and De Waterkant says: “Not only are prices higher in Cape Town, but plot sizes are also generally around 25% smaller than the national average because of the limited available space between the ocean and the mountain.”

“Areas near the ocean like False Bay and the Atlantic Seaboard are especially limited as the same topography that affords them their spectacular views also severely restricts the development.”

Gauteng agents of Sotheby’s International Realty report that up to 40% of the properties they list are put on the market because the owners are relocating to Cape Town.

Karen Bosman, Area Specialist for Lew Geffen Sotheby’s International Realty in Benmore, Hurlingham Manor and Parkmore in Johannesburg says that she has seen a notable increase over the past year, with around 25%of her sellers now migrating south.

“The majority are upper LSM professionals with school-going children who are seeking a better lifestyle for their families.”

“Many of my clients travel to Cape Town regularly and are aware that they are not going to be able to replace the standard of home they enjoy in Johannesburg, but most feel that the trade-off is justifiable.”

Dermot McDermott, Dainfern and Blair Athol Area Specialist for Lew Geffen Sotheby’s International Realty, reports that up to 40% of his clients are selling their homes to move to Cape Town as well as other coastal areas.

“People are a lot more informed than they were four or five years ago and many realise that they have to move to areas outside of Cape Town’s market influence if they want to avoid major down-scaling.”

Pretoria residents appear to be less hasty to join the mass migration, with only around 10% of sellers in sought-after suburbs like Brooklyn and Menlo Park moving out of the province.

So says Karin Petzer, Area Specialist for Area Specialist for Lew Geffen Sotheby’s International Realty, who adds that most of her clients who move  Cape Town prefer to rent initially to allow them time to get to know the city before deciding on an area in which to buy property.

According to Numbeo, the world’s largest database of user-contributed data about cities and countries worldwide, the cost of sectional title properties in Cape Town averages between 15% and 37% higher than in Johannesburg – depending on where you buy.

Loos suggests more people are moving away from Gauteng for lifestyle reasons: “The all-round popularity of the province (Western Cape), from both an economic and lifestyle point of view has seen it recording a strong net inflow of repeat home buyers, according to our own estimates.”

Concurrently there is a lack of repeat buyers leaving the Western Cape and those who do leave, mostly move to Gauteng for work related reasons, in Loos’ view.

“The Western Cape has developed a competitive advantage, which appears reflected in its having the lowest percentage of repeat buyers leaving the province (7.3% of total repeat buyers), as well as by far the strongest net inward migration rate of repeat buyers from other provinces.”

Loos believes the net inflow of repeat property buyers to the Western Cape has become nothing short of spectacular.

With the Western Cape’s market strength widening the gap between property values in other provinces, Geffen advises that thorough research is essential for upcountry buyers to achieve maximum bang for their buck.

“It is essential for relocating home seekers to do their homework before the final decision to move is even made. Property prices are higher in the Cape but there is still value to be found and, although the advantages of living here do outweigh the benefits of an extra reception room and enormous garden, comprehensive research will reduce the trade-off by determining which areas and property options offer the best value according to their needs.”

Geffen concludes: “I don’t foresee the growing influx of upcountry buyers abating any time soon as, over and above the lifestyle advantages, investors also benefit financially.”

“Cape Town residential property values have consistently outperformed the other major centres in South Africa for a decade and it is now considered the most stable market in the country.”

Does Buying Before Selling Cut Your Stress Level?

Pay Your Bond Off Faster With Lump-Sum Deposits 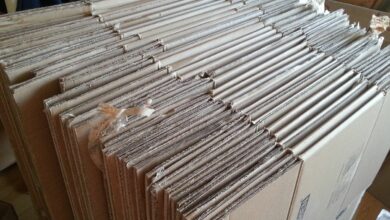 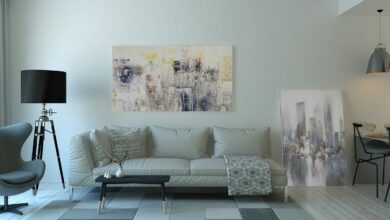