Although land and stand purchases generally only account for a small percentage of property transactions, they are increasing, probably in response to the growing shortage of built properties for sale in many popular areas and the concomitant rise in property prices.

“Many people view buying a stand as a good way to get a foothold in a sought-after area or estate, even if they can’t afford to build a home on it just yet,” says Shaun Rademeyer, CEO of BetterBond Home Loans, SA’s leading mortgage origination group,“while others just see such purchases as good medium to long-term investments.”

And values are rising, according to the latest ABSA Housing Review. This puts the average stand price in SA at R587 400 now, or 3,1% ahead of where it was a year ago. It also says that land for new middle-segment and luxury housing accounted for 26,4% of the value of all properties sold in these categories in the second quarter of this year.

“However, those keen on buying stands do need to know that it is more difficult to obtain loans to finance such purchases than built homes. In fact, the average loan-to-value ratio on land or stand purchases is only 50%, compared to an average 87% for existing homes or those under construction,” Rademeyer says.

“This means that in most cases, the buyer who just wants a stand and has no immediate plans to build on it will need to have a deposit equal to at least half the purchase price in order to obtain a home loan for the rest. In addition, many lenders charge a higher rate of interest on land loans than on normal home loans.”

The reason for this, he explains, is that land loans are viewed by the banks as much more risky, because the collateral for the loan – the property – is not actually being used for housing. “And in theory, this makes it much easier for the borrower to walk away and leave the lender stuck with the land. That is why stands that are already zoned and being bought with immediate plans for construction, such as those in new plot-and-plan developments, are the easiest on which to secure loans, while ‘raw’ land with no plans for improvement for a long while is the toughest kind of property to borrow against.

“Suburban stands that have been subdivided from larger properties and have been improved in the sense that they are connected to the city service networks, but for which the buyer does not yet have building plans, are somewhere in between.”

Invest In Property & Build A Portfolio 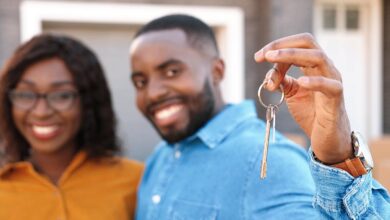