Everyone who owns a home – whether it is still bonded or they have already paid it off – should check at least once a year to see that they have enough homeowers insurance (HOC) to cover the total cost of replacing it if it is destroyed by fire, flood or other disaster (“bricks-and-mortar insurance”).

So says Shaun Rademeyer, CEO of SA’s leading mortgage origination group BetterBond, who points out that if your home is under-insured, as it may well be if it has increased in value since you bought it or if you have made additions and alterations, you could be in for a big financial blow if something untoward happens.

“Taking the example of a home bought 10 years ago for R500,000, this may well have doubled in market value to R1m now, and will no doubt have an even higher replacement cost due to the fact that building costs have increased substantially in the meanwhile.”

According to Absa, for example, the cost of building a new home is currently 37% higher, on average, than the cost of buying an equivalent pre-owned home.

“But if the HOC has not been adjusted, it would only cover the original R500,000 cost of the property, so the ‘under-insured’ component of the replacement cost in the event of a disaster would be a whopping R870,000 – which the homeowner would have to pay himself. And that does not include the additional cost of any demolition that may be necessary, architects’ and other professional fees and new local authority connections.”

Insufficient HOC, he says, is one of the unintended consequences of one of the lesser-known provisions of the National Credit Act (NCA), which is that home buyers are not obliged to obtain their HOC from the bank that grants their home loan.

“Homeowners are now free to source their HOC from other insurers, but if they do, they pretty much have to accept the responsibility for updating it themselves, much as they have to manage their own car insurance and home contents insurance to ensure that their belongings are adequately covered.”

It is also important, Rademeyer says, for those who have paid off their homes not to let their HOC fall away. “Just because you are no longer making monthly bond repayments does not mean that you should stop paying HOC premiums.”

“In fact, as you get older and especially if you are retired and living on a fixed income, it is even more important to ensure that your home is fully insured and that you would be able to replace it if necessary.”

This article “Don’t Get Burned On Bricks-And-Mortar Insurance” was issued by BetterBond.

A Future Feeding Of Hubs In Africa

5 Things You Should Remember When House-Hunting

Off-Plan or Existing Homes – Which Decision is Best? 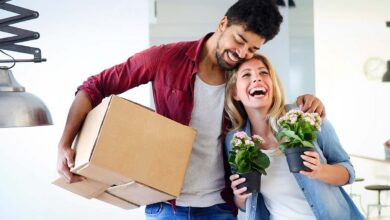 Making the Move from Tenant to Homeowner

How Much Can You Negotiate When Buying a Home?