London house prices surge by as much as ten percent. Euro crisis and Olympic Games increase international demand for property and increasingly sought after; Buy-to-let investments.

London’s residential property market is one of the most dynamic in the world. High-end real estate in the British capital is still regarded as a save haven for secure investment. Low interest rates, a growing fear of inflation, uncertainty about the future of the Euro and the upcoming Olympic Games in London this summer have all bolstered this trend during the first six months of 2012.

“We are registering a growth in demand for prestigious homes in all desirable locations. The shortage of properties on the market means that we are seeing price rise in some cases of up to ten percent over the same period in the previous year,” reports Alix McAlinden, Managing Director of Engel & Völkers in Chelsea, London. Prices have risen by approx. 23 percent on average over the past three years.

Many landlords are spotting an opportunity for short-term lets during the Olympic Games which is further boosting the rental market. In West London, apartments are being offered for rent for 10,000 pounds (approx. 12.500 euros) per week in some cases. As well as the impact on short-term letting, the Olympic Games are also having a more long-term positive effect on the residential property market: “Investment in infrastructure, transport connections and real estate development resulting from the sporting events will also attract further foreign investors,” McAlinden believes.

Top prices of up to 7,000 pounds per square foot

The residential property market in London traditionally transcends market development in the rest of the United Kingdom. Increasing Prices in prime locations do not follow trends or patterns of the national property market. The high demand from abroad is the main reason for this divide. “However, you have to differentiate in London between the premium market and the UK market overall. The market here is so overcrowded that even a slight drop in demand wouldn’t result in any significant drop in prices,” says McAlinden. 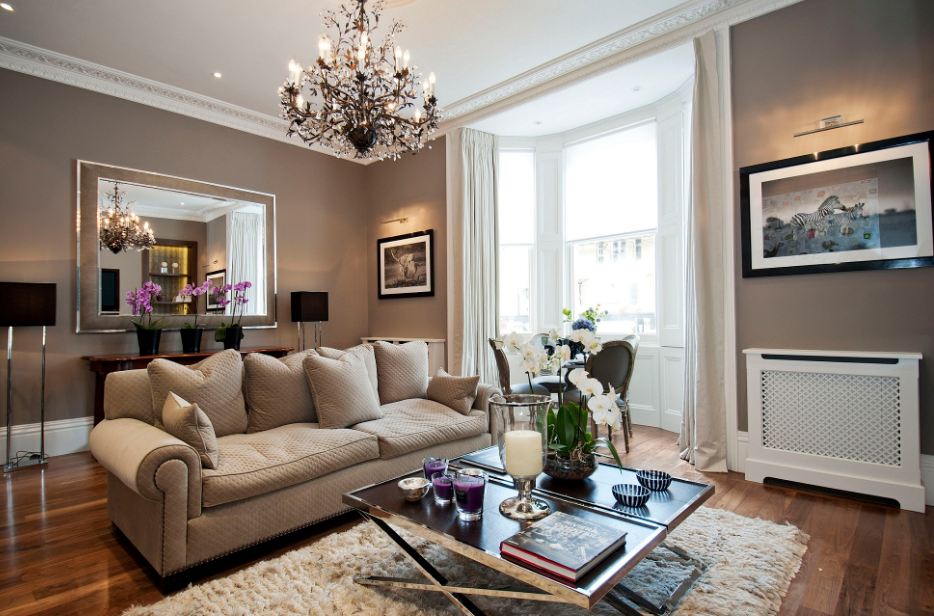 There is no sign of any fall in demand here. London is one of the most important financial centres in the world. Many banks have increased their presence here recently, which has led to an even greater demand for high-end homes. In the very top segment, wealthy foreign buyers are responsible for the upward price trend. Many buyers work in the finance industry. Residential property at a prime London address is also a status symbol for many affluent individuals. Approximately 58 percent of buyers have sufficient equity to not have to rely on any form of mortgage lending. 55 percent are private investors, while 45 percent are institutional investors.

The unrest in the Eurozone is leading to yet another significant rise in interest from investors based in continental Europe. Around 60 percent of buyers are foreign nationals who are looking to invest their money outside of the Eurozone. This was particularly true of Greek nationals in 2010 and 2011, followed by wealthy Spanish and Italian buyers. The level of demand from Russian, Kazakh, Chinese and Middle Eastern clients is also growing all the time. But Engel & Völkers in London is also registering a high level of interest from France and Germany, as many regard an investment in the city as a safe haven for their wealth. The demand for tenancies is being driven predominantly by British nationals, closely followed by other Europeans.

In addition to rising prices, demand is leading to a reduction in the property’s time to market. Exclusive properties in prime locations are usually on the market for no longer than a month. Besides a sought-after address, a prerequisite here is a very high standard of finish.

Buy-to-let investments increasingly in focus amongst private investors too

Luxury freehold apartments and townhouses that can often be used as a residence for a large family are in particularly high demand. Parking, a concierge service and security systems are indispensible for most clients. Balconies or terraces are also criteria that are frequently stipulated. Many clients place great importance on a large living interior that encompasses space for domestic staff and guest rooms.

Neither the global financial crisis nor the unstable economic climate in the UK has done anything to impinge on the attractiveness of high-end residential property in London. Even the increase in land transfer tax to seven percent for properties worth more than two million pounds in March of this year has not had any diminishing effect on the high level of demand up to now.

“We are expecting to see a continuing rise in prices,” says Alix McAlinden. “The appeal of the British capital that rests on a wealth of cultural offerings, the lifestyle and the international companies and institutions that are based here, coupled with investors’ strong belief in the value retention of their investment, is set to uphold the ongoing growth in demand for residential property.”

Interest rate – What a difference a point makes

Property bridging: what is it and is it the best solution for you?