Overpricing a property, ostensibly to “make the seller happy” – but actually also to help secure a sole mandate to market the property – is an all too common and unprofessional practice in the real estate industry.

This is the view of Geoff Stroebel, owner of the RealNet Southern Suburbs franchise in Cape Town, who says the practice often backfires, however, on the agents who engage in it, as well as the clients who push them to do it.

“We all agree that pricing a home is not an exact science, but a correctly priced home in our area should sell within three weeks of being listed in the current market. Overpriced property, on the other hand, will languish in the market and lose appeal, giving the owner little choice but to lower his asking price anyway in order to have a chance of achieving a sale.”

And quite often, the selling price that is finally achieved is then actually lower than the correct market value, simply because the number of interested buyers has dwindled.

“This could represent a serious financial blow to the seller, and those who have once burnt their fingers in this way are – unsurprisingly – usually loathe to ever again award a sole mandate”, he says.“Indeed, they will often swing the other way and open the mandate as wide as possible, to their own detriment as well as that of all the agents involved, as an open mandate is often a licence to do very little active marketing.”

The blame for this situation, Stroebel says, lies squarely on the shoulders of agents who should know better than to encourage sellers to award a sole mandate based on an inflated asking price. “Instead of correctly evaluating the property based upon their experience, the current market conditions and the comparative sales in the area, and thereby educating the seller, many agents also allow themselves to be ‘bullied’ into marketing the property at the price expected by their client.”

And to make matters worse, the seller then very often instructs the agent to add their commission on top of the required minimum.

However, he says, one reason for agents doing this is that they may be under pressure to meet a “listing target” that only takes account of numbers and not pricing. “In fact some agencies seem not to mind having overpriced stock on their books, as long as it is not in the hands of their competitors. Their opinion is that it will eventually sell, and if they can keep the listing long enough, they will ultimately get whatever commission is payable.”

Unfortunately, though, this further distorts the market, as new sellers coming into the mix will compare their properties with what is already on offer, and tailor their asking prices accordingly, never taking into account that those same, over-priced homes have been sitting in the market unsold for months on end, he says.

Another increasingly common practice is for agents to be asked to “test the market” at a price level that both seller and the agent know is way over the top. “But this is generally just a waste of time and resources as most buyers these days are well-informed. They are able to view all competing properties on the market via the online property portals, and won’t bother to make offers on obviously over-priced properties.”

“A real example of what happens in cases like these is a home in Constantia that we valued recently at R8,9m and that was put on the market by a competitor at R10,9m. No offers were forthcoming after six weeks and the price has been reduced now to R9,9m. Meanwhile a property in Hout Bay that was originally put on the market at an inflated R17m is still for sale after a year even though the price has now been reduced to R9,9m.”

This article “Overpricing Will Make You a Loser – Literally” was issued by RealNet – http://www.realnet.co.za/

Keep Your Home Safe This Summer

Social Distancing and Show Days: the Do’s and Don’ts

Prepping Your Home For Sale? Here’s Why You Should Hire a Handyman 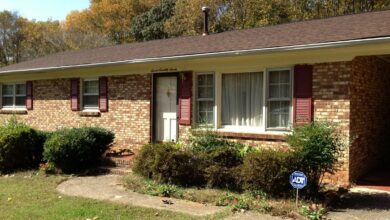 Struggling To Sell Your Home? Time To Follow This Advice! 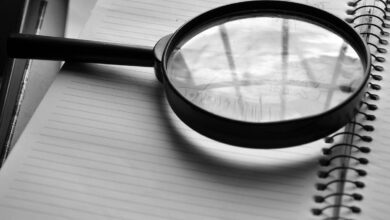 Why Home Sellers Should Do a Home Inspection Report