Mould on the bathroom wall is never a good sign and mould should be taken care of as soon as possible.

It is important that you know the different kinds of mould so that you as a homeowner know what to do about it.

Ghosting presents itself as a black stain on the wall that follows the frame of the house. It is unlikely to present a health hazard or cause structural damage but it can be a nuisance.

If this is the first time you have heard of this, take a few minutes of your time and read up on what you need to know below:

Understanding ghosting on the walls

Ghosting is also called thermal bridging and it can occur in any house.

Think about a home in the wintertime: you are in your warm house busy showering, cooking, and breathing, and this creates humidity. You might also be building a fire to cosy up on the couch.

If your house happens to be insulated, and the insulation is doing its job, then it will trap the heat inside and keep the cold out. Insulation, however, is only installed in the stud bays inside the walls and on the floor in the attic, if you have one. The limiting factor here is that it does not cover the wood framing of the house.

As soon as the damp and warm air condenses on the sections of the walls that are uninsulated, ghosting presents itself. The result is black sooty stains or spots on the walls and ceilings that follow the frame of the house.

Sometimes the stains can even reveal the nails in the wall because the metal is more prone to becoming a condensed surface. The amount of condensation rarely contributes to structural damage but it creates annoying lines along your walls and ceilings.

How to repair ghosting and black stains

The first step you need to take to repair ghosting is to eliminate indoor air particles. You can stop burning candles, wood, or incense.

The next step would be to monitor the humidity inside the house. You can buy a cheap temperature meter and try to keep the indoor humidity below 55% during the winter.

The final step is to use stain-killing paint to seal up the stains and to repaint the walls and ceilings. If the stain develops larger patterns on the ceiling, it could indicate that the ceiling is not insulated properly.

What if the black stains are actually mould?

If you have tried the above steps and it still presents itself, you might have to call a professional because then it might be a serious mould problem.

You need to then call in a cleaning company to clean the area properly. If the mould is less severe, you can try cleaning it yourself by making a homemade solution that is ¼ bleach and ¾ water. Thoroughly soak the area for about 5-10 minutes then scrub the area until the stains are removed.

How to prevent mould from forming

There are a few things that you can do if you want to avoid mould forming completely.

If you have a fan in your bathroom, make sure that it runs every time you take a shower or a bath. This will prevent moisture from accumulating.

Mop up any significant spills from water or other liquids as soon as possible. Use mould-resistant paint in the bathrooms and other rooms where there could be a moisture build-up. The last tip is to clean your bathroom frequently.

Ghosting is not a cause for concern but you don’t have to live with annoying lines on your ceiling and your walls. You can easily take care of it with the above tips.

Sell Your House Fast With These 7 People On Your Team

Why Home Sellers Should Do a Home Inspection Report

How to Reduce Traffic Noise in Your Backyard 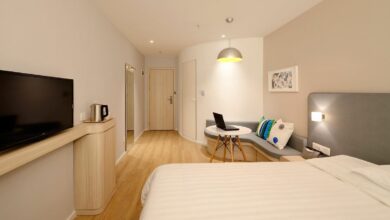 5 Ways to Convert a Bonus Room Into a Useable Space 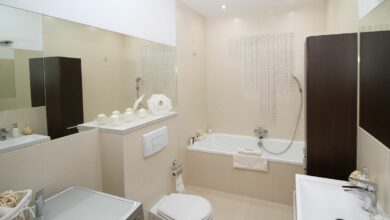 Bathroom Updates You Can Finish in a Single Weekend